Android OS is available everywhere nowadays. It is lightweight, easy to use, and has one of the largest application ecosystems. If you want to run Android games and applications on a PC, and if you hate emulators, then this article will give you the best Android OS for PC.

First, we will discuss why you should use Android OS on a PC and its capabilities. Then, we will check out our favorite Android OS available for your PC. Let's start.

Why You Should Use Android OS on Your PC?

Android and Windows have their own strengths and weaknesses. However, it is a known fact that Windows 10 is very burdensome on old and low-end PCs. Android is quite lightweight and doesn't use a lot of resources or battery. As such, it is a great OS for weaker hardware.

Some users may prefer apps and interfaces on Android. If you play competitive games on your phone, then playing them on a PC will give you more advantages. Android developers can also easily test their apps.

Getting an Android OS for a PC is a better alternative than using an emulator like Bluestacks. Emulators consume a lot of resources and if you have a low-class PC, then you should not consider an Android emulator at all.

I have listed the 5 best Android OS for PC. They each have their own strengths and weaknesses and you can choose the one that suits you best. You can dual boot this OS with Windows.

Since Android is made for devices with touch screens, Prime OS combines the best parts of Android and PC. If you are familiar with Windows,

then the user interface will not feel inappropriate and you can perform as many tasks as you can on a PC. You will be able to run Android apps natively without compromising speed.

It’s a great OS for mobile gamers as they can use a larger screen, mouse and keyboard, or joystick.

You can download PrimeOS Classic for 32-bit systems and PrimeOS Standard/Mainline for 64-bit systems. Make sure you go through the installation steps carefully.

Like Prime OS, Bliss OS has also combined the look and features of Windows 10 and Android. It’s an AOSP (Android Open Source Project) OS that looks clean and it has a Windows-like start menu.

It also lets you use multiple apps simultaneously and offers better performance. You get additional security features incorporated into almost every aspect of the OS as well.

We recommend Bliss OS 11 because it is stable and has ARM app support. Download Bliss OS from this linkand the installation steps are here .

Phoenix OS is based on Android 7.1 and it is game-oriented. It has many features- especially, you can easily map your joystick controls and it also supports Windows shortcut keys.

You can also run multiple instances of the same app without the help of separate apps. The OS also looks like a desktop OS. The download link and installation guide can be found here.

This is probably the lightest Android OS for a PC and most of the OS on this list are Android-x86 forks. It was born out of a project that wanted to bring AOSP to PCs.

You can take advantage of the keyboard, mouse, and screen here as well but it’s not feature-packed like the other OSes on this list.

This is a wireless Android experience but if you don’t have a lot of storage space, this is perfect for you.

Android-x86 and its installation steps can be found here.

OpenThos is a relatively new OS but it has many features. You’ll get desktop-like features like multitasking windows and a start menu.

However, the main issue with this OS is getting image files. You need to create a Baidu account to download it and you need to deal with the Chinese language instructions there.

However, installation after that is quite simple.

See OpenThos and its installation guide from this link.

These are the best Android OS available for PC. With this, you will be able to enjoy Android games and apps on your computer and your laptop battery will also see an improvement.

Make sure you follow the installation steps carefully. If you have any suggestions, let me know in the comments section below. 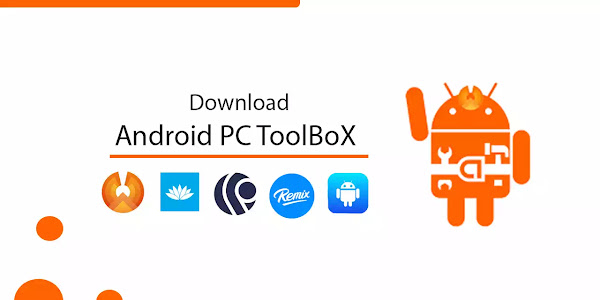